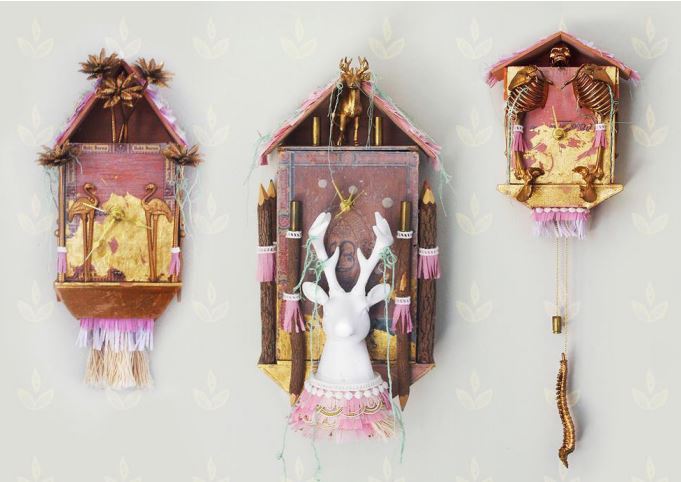 For most, endings elicit opposing feelings of sadness or happiness. For artist Christian Roy, endings are moments that produce art.

Roy, an illustration major at Savannah College of Art and Design with a background in fibers, has created a masterful final showcase masquerading as a conceptual celebration as his time in Savannah comes to a close. On March 4 at Sulfur Studios, Roy’s final senior exhibit, “It’s Been a Good Ride” will give attendees a unique look into his perception of life and society.

“I’m exploring the simple complexities and life struggles people face throughout their lifetime,” Roy said, an element which is evident in his work. Many of his creations delve deeply into abstract possibilities of existence through two and three-dimensional illustrations.

“It’s Been a Good Ride” displays Roy’s wide range of talents, such as three-dimensional illustration, collage and weaving. Roy follows a diligent process in his work, incorporating sketches, and searching for found objects that can be combined to create illustration. These “found objects” can include textiles, wood, bottles and figurines, a process which can take up to twelve hours.

Any textiles used are hand-dyed by Roy. He even photographs his own work after everything is complete. The result is highly textured and vivid imagery that expresses Roy’s experiences and social commentary.

“Cuckoo,” a standout in the exhibit, is a testament to his honed techniques. The piece consists of “five cuckoo clocks built out of found cigarette boxes and various other mediums”.

“Each clock represents a time someone faces in their own life,” Roy said. “Such as ‘That One Time You Felt Stuck’ or ‘That One Time I Felt At Home.’”

One of the cuckoo clocks, entitled “That One Time I Asked For Protection,” is decorated with an arrangement of ornate cherub and angel figurines, arranged in a shrine-like manner. The construction and detail evokes a playful and childish atmosphere, while intentional composition elicits religious tones and transports the viewer to a deeper moment of introspection.

Roy has made each part of the exhibit relate to different aspects of life the viewer may experience. The title itself is reflective of his message.  “The show’s title is another meaning for celebration of life—or death” Roy said. “It’s the final show before I leave school and it’s been a good ride.”

Roy certainly has much to celebrate. 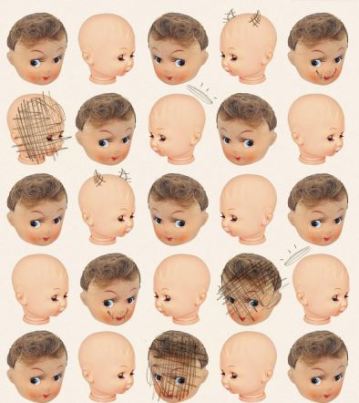 The piece is a digital collage that showcases “the struggles and triumphs people with identity disorders face on a day to day basis.”

“My interactions with society naturally influence my work. I want to design and create as a way to help people attempt self-realization in their own life as they draw conclusions centered around my illustrations and textiles” Roy said. “And when people get that ‘aha’ moment, I feel as though I’ve done my job correctly.”