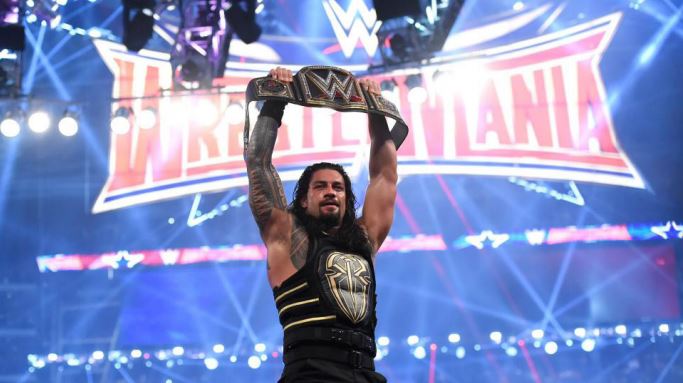 When it comes to the sport of professional wrestling, there is no doubting that it is still very much a beloved sporting event across the world. No one company rules the roost like the WWE does and they proved that this past Sunday when they hit AT&T Stadium in Arlington, Texas for Wrestlemania 32.

Wrestlemania is to WWE what the Super Bowl is to the NFL, so it is very fitting that it took place in the NFL’s biggest stadium, home to the Dallas Cowboys in north Texas. However, the fans, who came from as far as the United Kingdom, left somewhat disappointed as the show was much of what they expected, with the company putting a ho-hum version of their biggest show of the year.

Once again, it was hard not to believe the show would end up like this with many of its biggest stars being out with injuries. From John Cena, who still made a surprise appearance despite a rotator cuff injury, to Seth Rollins to Randy Orton, it seemed this year’s show was missing a certain starpower.

That did not deter the company, however, as they put on a show that many fans will remember simply because of some of the shock value it brought to the stadium.

The biggest news of the night came before the actual show began when WWE Hall of Famer Lita re-introduced the WWE Women’s Championship, which would be decided in a triple threat match between Charlotte, Sasha Banks, and Becky Lynch.

The pyro went off and the dust settled with the second straight seven-man ladder match for the Intercontinental Championship. Last year, Daniel Bryan competed in the match and won his first, and last, championship in the WWE and this year, another surprise name rose to the occasion.

Many fans believed either champion Kevin Owens or Sami Zayn, both darlings who made their name on the independent scene, would walk away with the championship. However, as The Miz reached for his fifth Intercontinental Championship high above the ring, Zack Ryder, a perennial bottom feeder, shocked the world by knocking him off the ladder, claiming the championship, and celebrating with his dad who rushed the ring.

With the first bit of shock out of the way, it looked like the show was in for a good run. However, that is when everything started to take a downhill turn.

AJ Styles, another darling who made his name elsewhere before debuting in the WWE in January, took to the ring for a fourth matchup with Chris Jericho. Had these two not met up three times before, this match probably would have had the potential to steal the show, but Jericho, the veteran who needed nothing to get over, ended up winning with a Codebreaker and left the crowd confused with their decision.

When it comes to the New Day, who always remind their fans to eat their Booty-O’s cereal, taking on the League of Nations, a group of four international superstars who basically go against anything that is patriotic for the United States, it was a bland match.

However, with the League of Nations winning and then claiming that nobody could hold a candle to them, that set up a memorable moment, quite possibly the moment of the night. Hall of Famers Shawn Michaels, Mick Foley, and “Stone Cold” Steve Austin made their way down to the ring, cleaned house, and then shared a beer, much to the delight of the capacity crowd.

Then it came time for the real match of the night when Charlotte, the current Divas Champion, met up with former best friends Sasha Banks and Becky Lynch for the new Women’s Championship. She, with the help of her dad Ric Flair, pulled off the victory and celebrated with the biggest pyro explosion a women’s match has ever gotten in WWE.

Woman’s wrestling has returned and three women proved that they are no longer “Divas,” but WWE superstars.

A 20-feet high cage then began to lower and the air became filled with a chill as Shane McMahon, son of Chairman Vince McMahon, made his way down to the ring to face off with the Deadman, The Undertaker inside Hell in a Cell.

McMahon had to win the match if he wanted to take over control of Monday Night Raw and The Undertaker had to win if he ever wanted to wrestle at the Show of Shows ever again. McMahon went to great lengths to try and win the match as he climbed to the top of the cell and launched his body off the top and through a table, where his opponent laid just seconds before but was able to move out of the way.

What’s more about this daring move is that his three children, wife, and mother were all sitting ringside to witness the scary sight. The Undertaker took advantage of the move and pinned McMahon in the middle of the ring after a Tombstone Piledriver.

The main event of the evening came when COO and WWE World Heavyweight Champion Triple H came down to the ring to face off with Roman Reigns, who was greeted with a sea of boos from the Dallas crowd.

Reigns found himself facing adversity once again, but overcame the odds and hit his foe with a spear to end the match. He smiled at the crowd as a three-time WWE World Heavyweight Champion, indicating that some kind of change was coming sooner rather than later.

Injuries truly hurt the company this year, but they made it even harder on themselves by not booking something that much of the crowd would have liked to see.

However, they seemed to redeem themselves on Monday night as they hosted another entertaining episode of Raw, which is usually the one to watch every year.