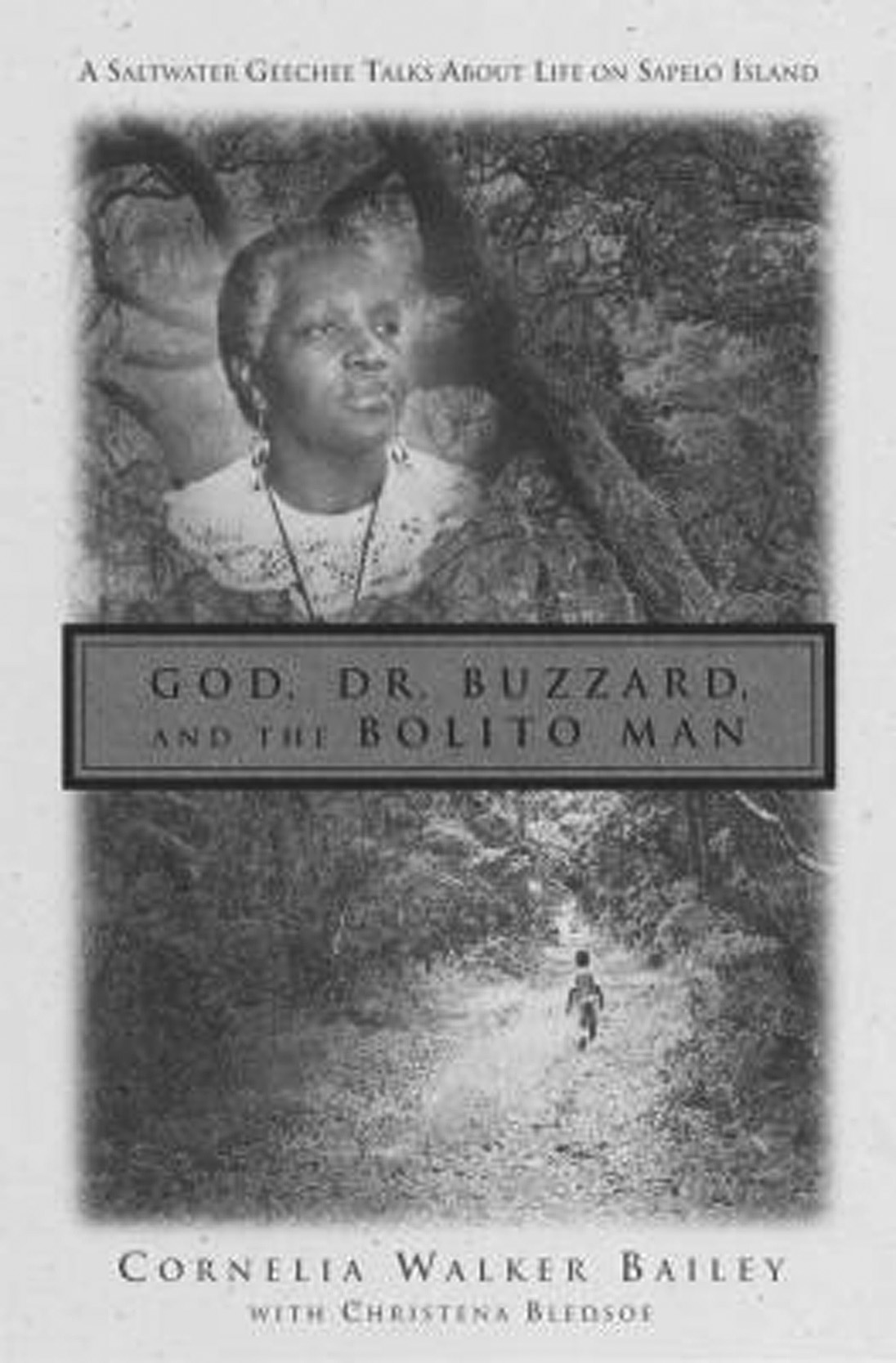 Why do human beings have religions? How and why do they become apart of people’s lives? Whether it’s a well populated religion like Christianity and Islam, or an amalgam of beliefs like those on Sapelo Island, faith in powers greater than ourselves can become a foundation for many cultures. What purpose does this faith serve? Is it protection from harm? Guidance toward success? A way to have more control over our lives? A way to have less control over our lives and therefore less responsibility? Is it motivation to love others? Is it an excuse to hate others? Does it need to have a purpose at all or is it just a curious quirk we developed along the evolutionary line?

The blended religion found on Sapelo Island is a major theme in God, Dr Buzzard and the Bolito Man. On Sapelo, “Muslim and Christian beliefs blended in our religious rituals” along with traditional west African beliefs like “the body, the soul and the spirit…the spirit remained on earth…until it was reconnected with the body on Judgement Day” . Bailey writes that: “We believed in God, Dr. Buzzard and the Bolito Man…all three used your beliefs in the supernatural, dreams, signs and magic, all three helped you reverse your luck, and all three worked together on your behalf”. Those three entities blended together like the Christian Holy Trinity on Sapelo Island. Each one covered territory that the other did not. Bailey writes:

Faith serves different functions in the different episodes in the story. In One Come, One Go, where Bailey is visited in the maternity ward by a nurse the looks just like her dangerously ill mother-in-law, the belief in spirits separating from their bodies when they are sick and the belief that as one soul leaves, another one comes serves as a comfort for the family of those who died and a way to explain the cycle of life and death. It “takes away some of the sadness for losing that one. Because you get almost an immediate replacement.” In The Dog Finger, Miss Frances’ curse on Mr. James Spaulding was a form of revenge, a way to right a wrong that Miss Frances thought Mr. Spaulding had committed against her. The nubie that Bailey’s grandmother used in At the Bluff was a way to predict, and therefore control, the future. The nubie always answered her grandmother’s questions, acting as a guide for what to do next.

Bailey mentions traditional beliefs in the island in several of the stories in her book. In a way, these beliefs helped establish traditions on the island and maintain a connection to African ancestors that the people never had a chance to know and a land many did not have the opportunity to return to. Possibly, at its most fundamental level, religion is about connection. Faith is about connection to relatives past and present, to other people around you, to histories that go back numerous generations and to the world around us which we sometimes cannot fully comprehend.