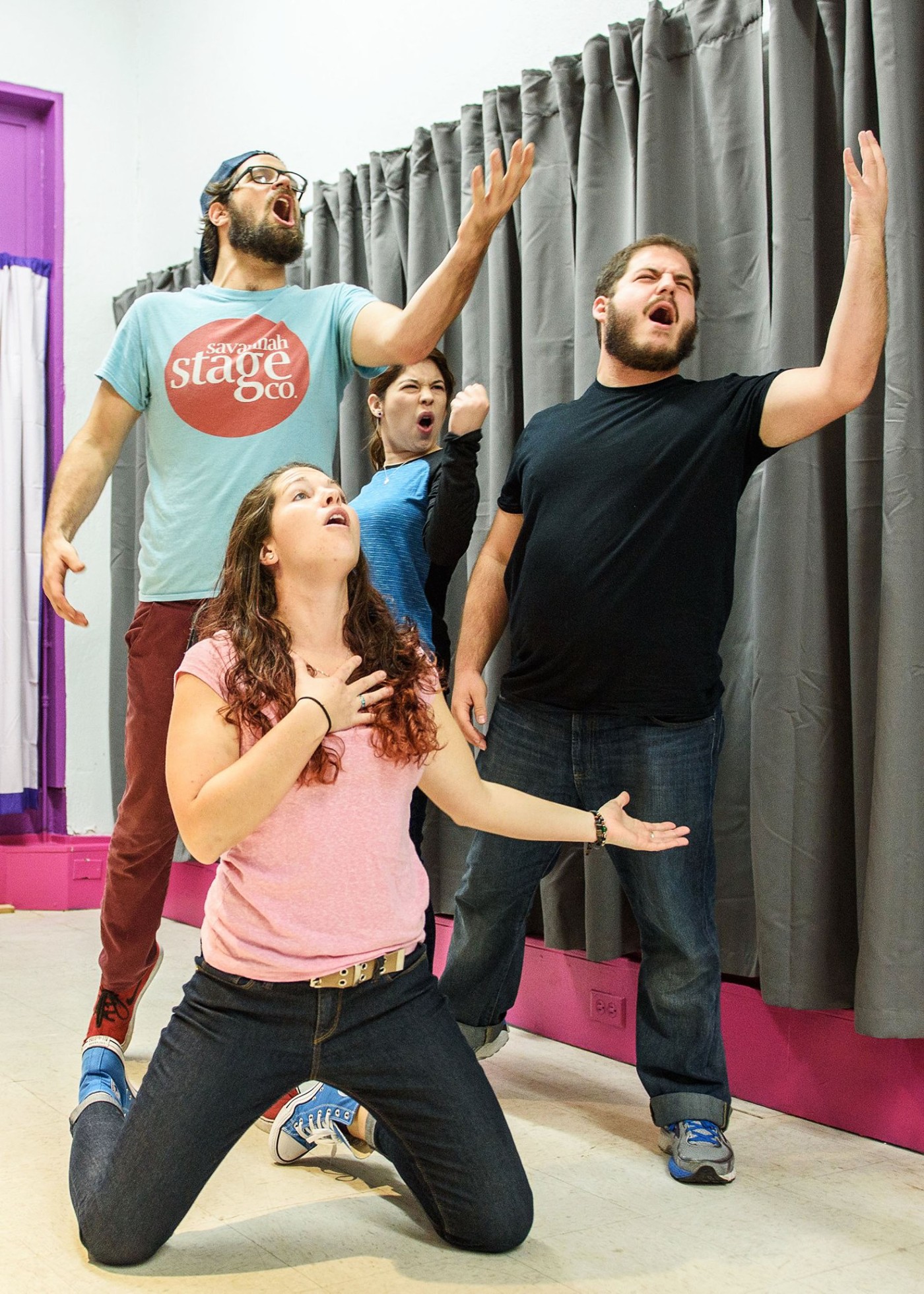 The play consisted of ten actors and musicians who used improvisation and audience member participation to guide the show.

At the beginning of the play, the audience picked the actor they wanted to be the protagonist, that character’s name and the big dream they wanted to achieve throughout the course of the show. Audience members also pulled out of a hat the music styles to be used for the 10 songs in the play.

Director Jayme Tinti explained that rehearsals began Jan. 6 four days a week. To help the cast members boost their chemistry, “we had to start from scratch with the fundamentals of improv and ensemble-building exercises,” he said.

In terms of music, “It was up to the music director, Wesley Pridgen, to discuss with the musicians and actors what the genres would sound like.”

Pridgen explained that, “I wrote vamps of certain styles of music and the cadence of the music. We had the cast members sing what the songs would sound like in rehearsals. Then during the show, they would incorporate it into the scenes with words.”

During rehearsals, they also came up with basic story prompts to follow for different shows but as far as the lines are concerned, everything was improvised on the spot.

Senior theatre major Amira Williams was in attendance, explaining, “I would love to see a show like this at Armstrong… We would need to do a reprisal of the improv troupe to make it work.” This kind of show relies heavily on the cast members and how well they work together.