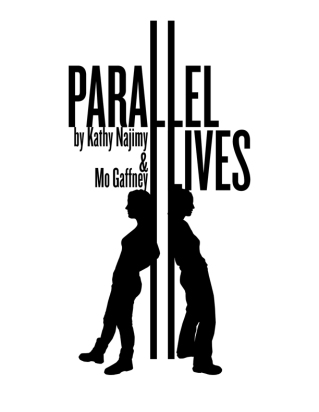 Life is pretty funny.  Humanity can be a strange thing. What actually went into figuring out how humans and life were going to work? Who made these decisions? The play “Parallel Lives” answers all those questions in a hilarious sketch comedy. The play was created by Kathy Hajimy and Mo Gaffney.

It starts with higher beings creating what will turn into the human race and deciding on the rules in terms of color, sex, and perks.

After that, it goes into the actual sketches that appear at random with each other. Each sketch is about regular people just living their lives and seeing the hilarity that ensues. There are typically only two actors per scene, if there is more than one character to play, the two actors filled in the other characters and switched back and forth.

Some of the characters included in the comedy are two teenage girls who just finished watching “West Side Story,” then imagining “what if” in their own relationships just in case they were in the same circumstances, then forward to one bit portraying how two hyper-masculine guys would act if they got periods. The actors even included a parody of a commercial for personal care products.

On the opening night of March 2nd, the theater was at capacity and tickets for the night had sold out. The show was well-received and had many of the guests in attendance in their seats giggling.

Many guests were impressed with actress Leah Croft, and her solo bit where her character completely mimed waking up and getting ready in-sync to a composition by Beethoven.

Paul Ferdinand claimed that his favorite part was the end of Act 1, wherein two older ladies are in women studies and have to watch a feminist production titled, “Sister Woman Sister.” “I really loved that scene due to the fact that I got to feel a part of the play. It was great. I couldn’t stop laughing,” he said.

Paloma Whatley is a new face in the Black Box Theatre. She had been in plays in middle school, but this is her first role for the Armstrong Arts and Theater program. “I have always been interested in theater, but had finally gotten involved in the department when I signed up for Acting 1… My professor let us know about the auditions and I just wanted to get as involved as possible and as soon as I could, so I spoke with the director and auditioned that week,” she said.