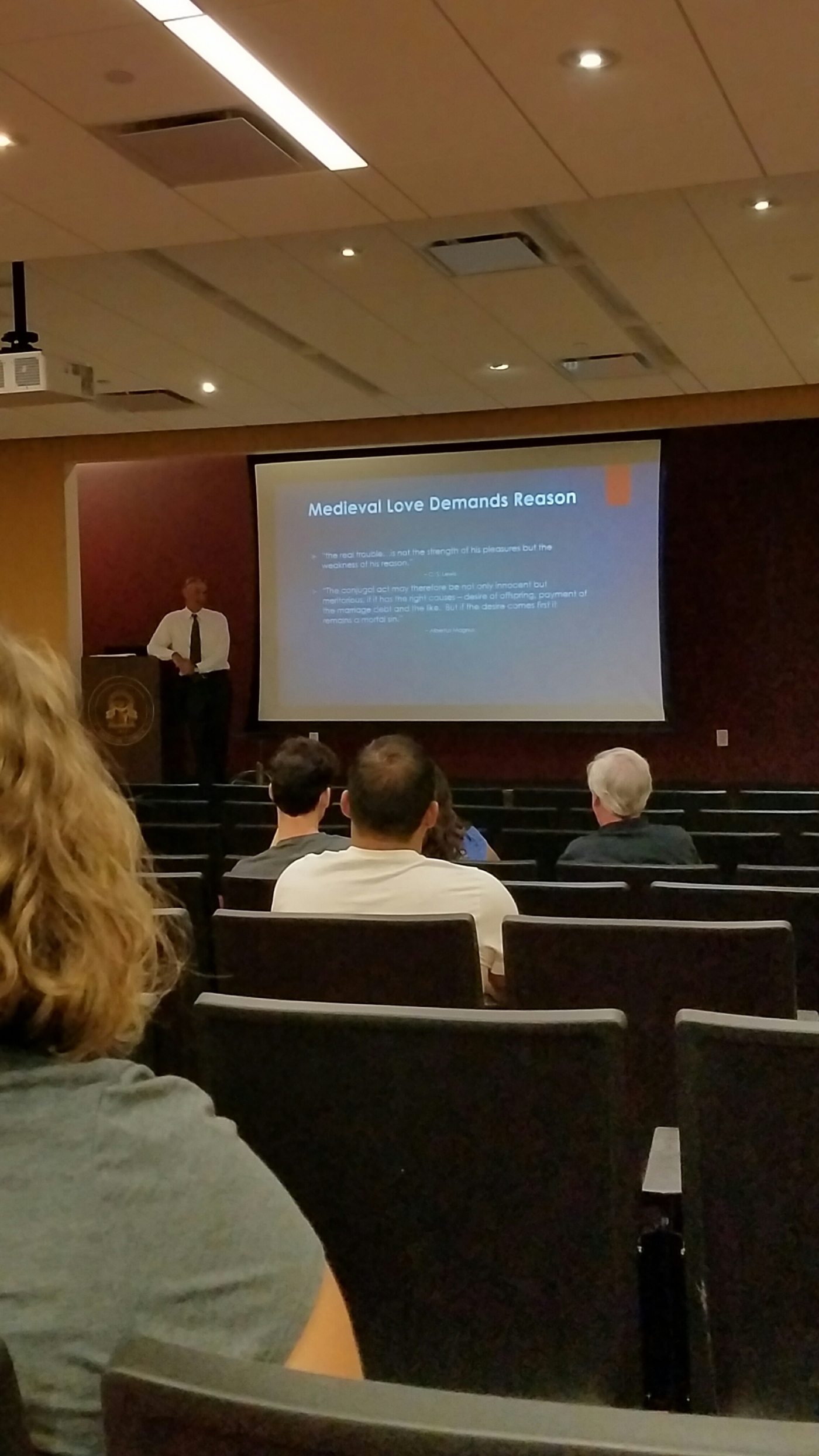 Armstrong’s very own Jack Simmons, who has served as a professor in philosophy for 13 years, spoke out to students and faculty about the “New Consent Standards,” on Friday, Oct. 13 at noon in the Ogeechee Theater. Simmons not only shared his opinions concerning the “New Consent Standards,” but also shared the opinions of other professors and authors. His approach to addressing this topic was refreshingly unbiased but did give us all new things to think about and to consider regarding these new standards.

According to the National Sexual Violence Resource Center website, one-in-five women and one-in-16 men are sexually assaulted while in college. This same site informs us that 63 percent of sexual assaults are not reported to police. Simmons passed out a handout at the beginning of this event, and it informed us of the consent and violations of policy at Antioch College. Policies such as Antioch’s Sexual Offense Prevention Policy, which is revised each year and is in their Student Handbooks, and the “New Consent Standard” ensure all students, and individuals are aware about their rights, and what is acceptable and not acceptable regarding being sexually active with another person.

Professor Simmons mainly focused on the “New Consent Standard” that says, “At all times when consent is withdrawn or not explicitly agreed to, the sexual activity must stop immediately.”

During his speech, which included a scene from the movie La La Land, the actor just walked up on the actress and gave her a kiss without asking, he pointed out that this would not be acceptable with this new standard, even if you are in a relationship or married.

In the new standards it also states that, “Consent is required regardless of the parties’ relationship, prior sexual history, or current activity.”

When I interviewed Professor Jack Simmons and asked what were his personal thoughts on the new standards, he said, “I am a wait and see kind of person. This change has the potential of being good, and it also has the potential to be bad.”

I also interviewed a student Laynee, who is a freshman at Armstrong, and when I asked her the same question she said, “Ask for consent, but on the other hand these are strict rules, and could kind of hinder sex. It’s kind of like awkward to say, ‘hey you want to have sex,’ ‘do you want to keep having sex,’ and like say this every two minutes.”

Governor Jerry Brown, who is the governor of California, signed nation’s first affirmative consent standard in 2014. College campuses, like campuses in California, and Governor Brown support and accept this “New Consent Standard” and call it “Yes Means Yes.” This gives more protection to victims and protects a person if their incapacitated from alcohol or sleeping. A writer of The Washington Post, Jaclyn Friedman, and editor of Yes Means Yes: Visions of Female Sexual Power and A World Without Rape, wrote in a column that students are embracing affirmative consent (“New Consent Standards”), but adults are not.

Sexual consent is an easy concept to grasp – no means no, and yes means yes. In today’s world, as Dr. Simmons suggested, these are the “New Consent Standards” that we should live by. The hardest part is getting the world to agree with this concept.

One thought on “Will New Consent Standard Aide In Providing More Protection Against Sexual Assault?”