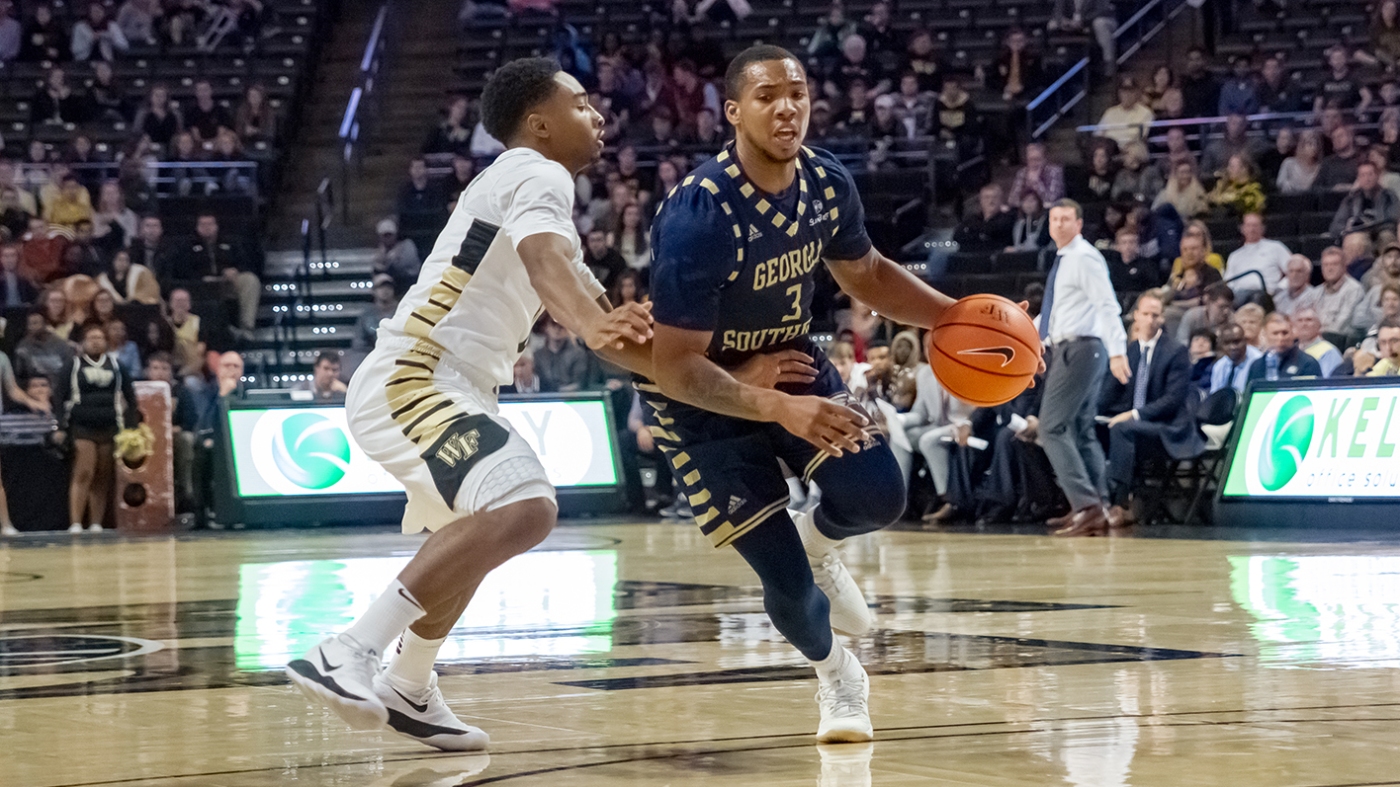 Both the men and women traveled to Atlanta to take on their bitter rivals across the state, the Georgia State Panthers. Sadly, neither Eagles team would come back to Statesboro with a victory.

The lady Eagles got outrebounded by Georgia State by more than 30 rebounds as the Panthers cruised to a 71-56 victory. This loss is the 12th in a row for the Lady Eagles, while Georgia State picked up their first Sun Belt Conference victory. The lady Eagles trailed by only 3 after one quarter of play, but a 26-14 outburst by the Panthers would lead to a 40-25 halftime lead and ultimately a victory for Georgia State. Sophomore Guard Alexis Brown led the lady Eagles with 13 points while Senior Forward Sierra Butler and Senior Forward Alexis Foulks led in blocks with two each. Junior Guard Kierra Henry led the Panthers with 18 points and won player of the game in the victory.

The men led Georgia State at halftime 38-37, all while star Junior Guard Tookie Brown did not play due to a minor injury. The Eagles have not won at Georgia State since 1992, and with a 46-28 outburst by the Panthers in the second half, that trend would sadly continue with the Panthers winning 83-66. Junior Guard Ike Smith led the way for the Eagles scoring 16 points, but the star of the game was on the other side of the basketball. Sophomore Guard D’Marcus Simonds scored 24 points, grabbed 10 boards, and accumulated two steals while playing 34 of 40 minutes. As the Eagles pulled closer late in the second half, Simonds had two fast break dunks that took away all the momentum that the Eagles had, and that was that after that point.

In terms of what these games meant for both teams, the women are still seeking their first Sun Belt Conference victory. Meanwhile, the men are still jockeying for Sun Belt seeding at the top of the standings, and with this loss Georgia State overtook third place from the Eagles. The Eagles and lady Eagles return to Statesboro for two home games in a row against second place Texas State on Jan. 25 and TX-Arlington on Jan 27. This gives you all a chance to go see the Eagles in action and cheer them on at home, so go check em out! #GATA