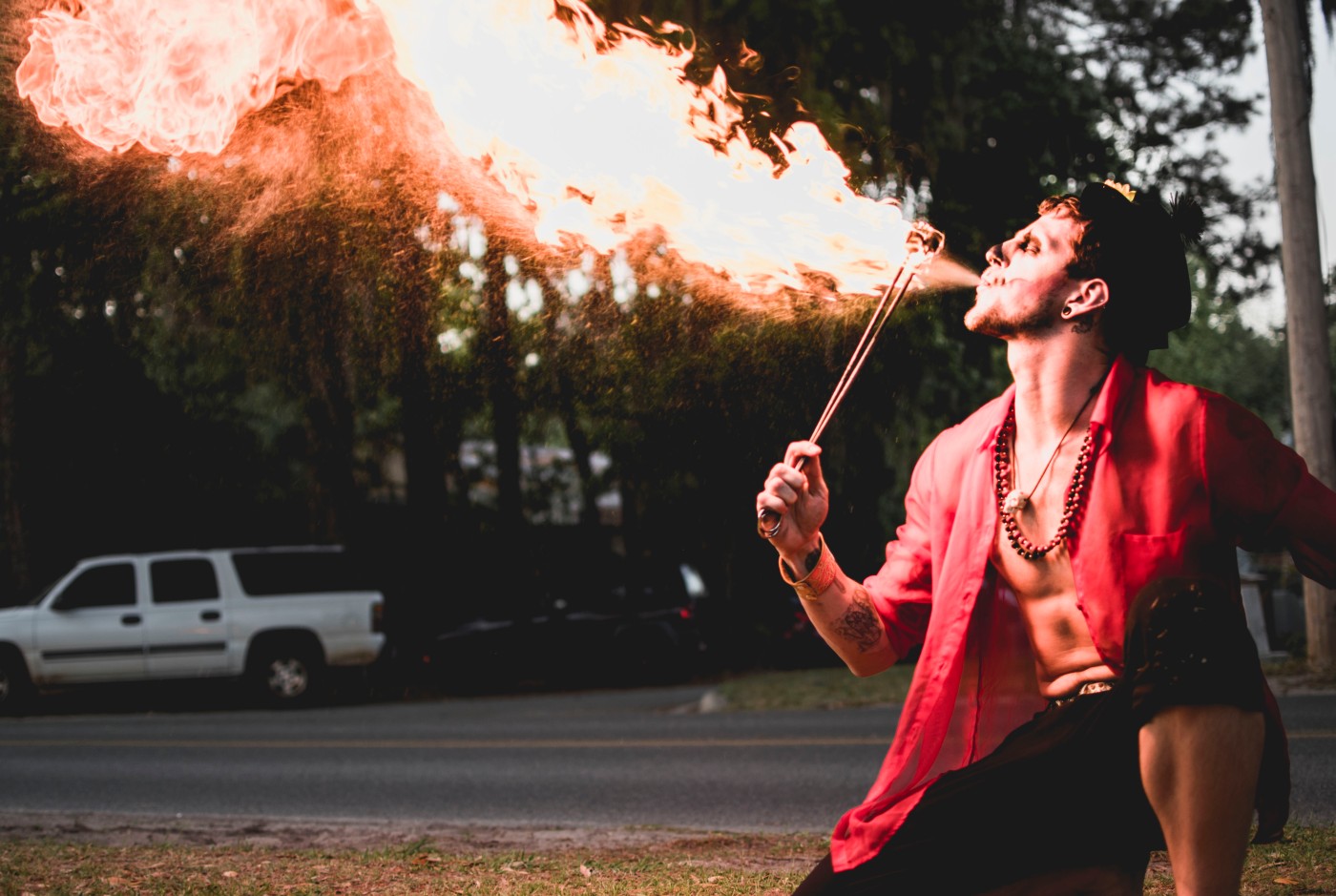 Bonaventure Cemetery Tours celebrated the grand opening of their new welcome center and gift shop located a mere half block from the famed cemetery on the appropriately timed Friday the 13th of April. Shortly after 5:30 Angela Lynn, the CEO and president of 6th Sense World Historic Ghost and Cemetery Tours, and Shannon Scott, founder and tour guide of 6th Sense World, cut the ribbon for their new venture and the party started.

Scott hopes that the welcome center becomes “a public resource for, not just the cemetery but also the neighborhood as well and the residents of Thunderbolt and Savannah.”

The pair has been working, with a host of other folks, since October of last year to make their dream a reality. Lynn proclaimed to the crowd “this has been a long time coming and we are just overflowing with gratitude to everyone that made this possible, thank you so much.”

The parking lot of the new welcome center was transformed into a Day of the Dead-themed celebration. Some of Bonaventure’s most famous residents including Johnny Mercer and the Bird Girl were on hand to celebrate. The guests danced away to the live music of DJ Blue Ice, Matthew Jaidev and Phillip Polk Palmer. The living and the dead alike enjoyed the fresh food of Chazitos Latin Cuisine and icy treats from King of Pops.

The stars of the evening were hands down the Stardust Pixies who wowed the crowd with their aerial acrobatics and feats of fire. The performers seemed at ease whether they were standing ten feet tall, twirling in silks and chains, or spinning, breathing and extinguishing fire. The next event you see in town with the Stardust Pixies performing, I suggest you go.

Scott has been doing ghost tours downtown since ’95 and tours of the cemetery for 16 years and he always knew that Bonaventure was going to be a thing with tourists and locals alike. He even registered bonaventurecemetery.com way back in 2001 and “the Bonaventure Historical Society still doesn’t like that fact that I own that,” according to Scott. When asked which grave is the most popular Scott says it is still Johnny Mercer though more and more people are asking about Danny Hansford.

Hansford is of course the slain ex-lover of Jim Williams and one of the central characters of “Midnight in the Garden of Good and Evil.” Hansford’s grave is not actually in Bonaventure but in Greenwich Cemetery right next door. Veteran local tour guide Dawn, or Dawn of the Dead as she says, recounted for me the night she found Danny Hansford’s final resting place.

It was dusk, and Dawn had separated from her friend as she toured the grounds of Greenwich alone. She was looking for the grave of Hansford because she knew that guests would want to visit it someday. Night was descending on the cemetery when a “dark shadow appeared” and waved Dawn in saying “I’m over here.” Dawn walked towards the aberration and looked straight down and “there was his grave site.” Dawn fully believes that it was Danny who showed her his gravesite because “he wanted attention and most people don’t visit his grave.”

Bonaventure Cemetery Tours, 415 Bonaventure Rd. (912) 292-0960, will be giving tours daily and nightly and they hope to host another party around Halloween.