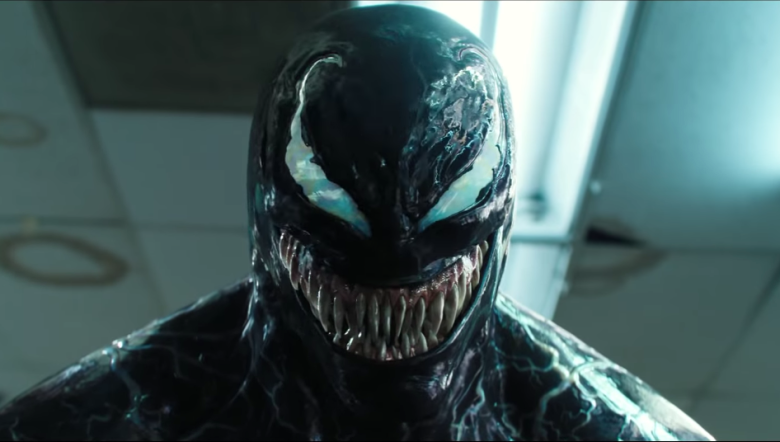 Sony presents yet another foray into the world of Spider-Man with their latest film “Venom.”

The film stars Tom Hardy as the eponymous character.

The film has short bursts of interesting action and banter but is overall a disappointment.

Full disclosure, I know who Eddie Brock and Venom are in the context of the comics, but I am not well versed enough to judge its accuracy to the comic. Therefore, my film judgement is almost purely from the movie.

Hardy is a solid choice to play both Venom and Eddie Brock. The conversations between Brock and his symbiote companion are the highlight of the film. The voice used is somewhat jolting at first but comes to be endearing throughout.

The action starts off pretty creative and enjoyable. The first couple of times Venom shows what he can do is awesome. Unfortunately, the action gets progressively worse through the duration of the film and also less cleanly edited.

To be fair, the cast gives decent performances overall, but the material they are given does not always allow them to shine.

The villains are completely worthless. Nothing memorable comes from them. This is especially exacerbating as they, at least the main antagonist, have enough of a setup to have a compelling clash of personalities with Eddie Brock. The potential is never capitalized on.

What was Jenny Slate doing in this movie? It may be because I know her more for her comedic work, but she seemed to be the wrong casting decision from the moment her character appeared on screen.

I wish that the film had been rated R. Its PG-13 rating is a hindrance to how creative and violent the film could have been. You get not-so subtle hints throughout the film that Venom and his fellow symbiotes could be way more violent. Venom also has a pension for biting off heads. That alone warrants an R rating.

This PG-13 rating also affects the editing of the film. Due to this, the film has minimal blood splatter or really any worthwhile imagery. An argument can be made that the symbiote latching on is a form of possession. The film could have employed some creative body horror if it had been rated R.

If possible, avoid watching the trailers for the movie because they give away a noticeable chunk of what happens.

There are also some logical plot holes within the film, but I will not go into those as they would spoil it.

“Venom” could have been much better than the film I saw. The pieces were there if Sony had the guts to make the film rated R. The film gets a four out of ten, mostly for the interactions between Eddie Brock and Venom. The film is available in theaters nationwide now.