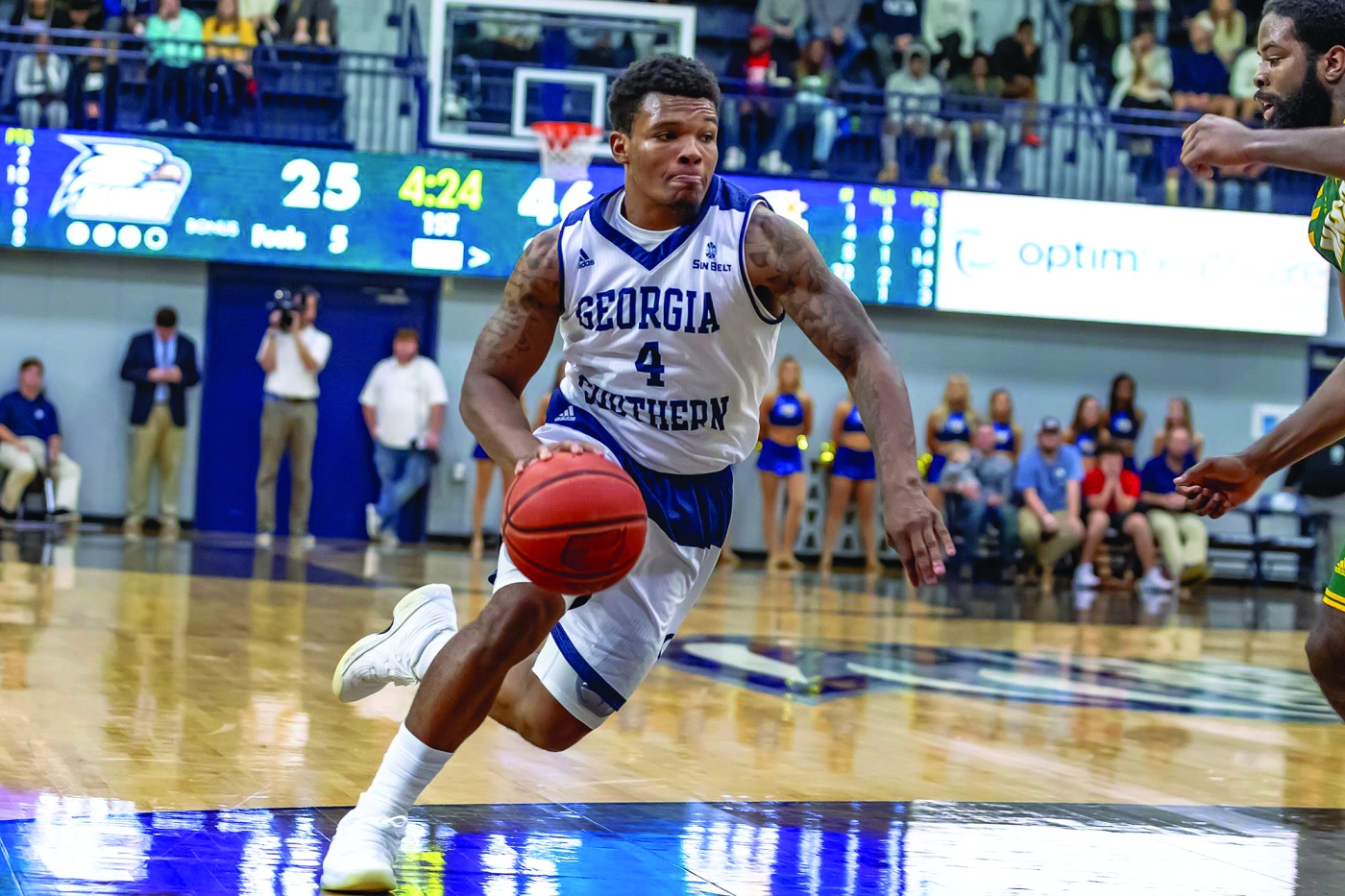 Georgia Southern returns to Hanner Fieldhouse this week after a Louisiana trip that saw the Eagles pull out one victory and take one defeat.

The Eagles had one of their best games offensively this season against Louisiana- Lafayette, scoring 106 points with 32 of those points coming from guard Tookie Brown.

The performance against the Ragin’ Cajuns was key to keeping the Eagles’ placement above UL-Lafayette in the Sun Belt Conference standings with both teams jockeying for position ahead of March Madness.

GSU would not have the same outcome against Louisiana- Monroe, suffering an 88-79 loss at the hands of the Warhawks.

Brown had another huge game for the Eagles as he dropped 28 points, averaging 30.0 PPG over the trip to the Bayou. Guard Daishon Smith led the way for UL-Monroe, scoring 38 points and playing all 40 minutes of the contest.

The loss to the Warhawks pushed the Eagles back to sixth place in the Sun Belt standings due to the head-to-head tiebreakers with UL-Monroe and Coastal Carolina.

GSU returns back to the confines of Hanner Fieldhouse for two contests this week, the first coming against South Alabama on Wednesday and the second coming against Troy on Friday. Both opponents are currently behind the Eagles in the conference standings, so the Eagles will look to keep pace with the top contenders in the Sun Belt with these home games.

Admission to these games are free with a student ID, so head down to Statesboro and cheer on the Eagles.