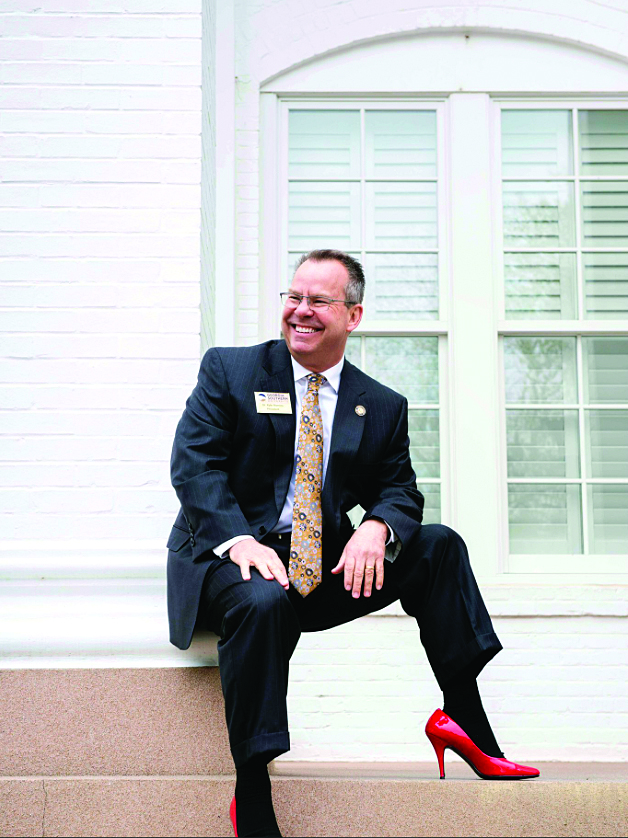 Dr. Kyle Marrero began his tenure as the 14th President of Georgia Southern and the first official President of the university since the consolidation on April 1.

Marrero garnered much praise, much of it coming from the University of West Georgia, by his actions in leading the university towards breaking records in enrollment, graduation rates, degrees earned and annual economic impact.

I got the chance to sit down with Dr. Marrero and learn more about his plans for integrating the estranged campuses under Georgia Southern University, about his thoughts on the enrollment decrease and about many other topics derived from pressing concerns of the student body.

Can you give us an introduction about who you are and what you are all about?

“I have been with the University System of Georgia since 2013 as President of UWG,” said Marrero. “Before that, I was with the University of West Florida. I thought I would do the whole west thing since I also worked with West Hawaii. I wouldn’t consider myself a likely presidential candidate since my entire background is the arts… But I love developing young people and that is what I am here at Georgia Southern to do,” he concluded.

How do you plan to unite the three campuses and make Armstrong/Liberty feel more included?

“You have to listen and know the stories at all three campuses,” he started. “You have to cast a vision across all three campuses. I want this university to be one Eagle Nation, not three,” he continued. “A strategic enrollment plan is an amazing way to do this because you have to know who you’re catering and recruiting to. Getting all three communities involved will help everything as well. Who are we? What would you say Georgia Southern is right now? It should be ‘One University. Three Campuses’, not the other way around,” he concluded.

What specific goals do you have in mind for your first year as President?

“I instituted an Educational Collaborative Concept at UWG and it is four years into its maturity and I plan on bringing it here to GSU,” said Marrero. “It brings together all facets of education including technical college, K-12 and higher education… allowing students to explore career opportunities in 9th grade and allowing them to see the campuses early on is instrumental,” he continued. “Allowing students to make active choices for their life is key to success and I plan on making that a goal in year one,” he concluded.

How do you plan on fixing the decreasing enrollment issue?

“An immediate issue is that less enrollment causes financial issues which hinders us from improving things at the university,” he began. “We need to be open about the enrollment issue and realize that it is a problem. Having a budget deficit of $15 million on July 1 is striking, but we are going to make decisions and a promise to our students to process how we can increase enrollment. To make sure this doesn’t happen again, putting strategic plans in place will prevent that from happening,” he concluded.

What would you say to students who wanted to graduate as an Armstrong Pirate and not a Georgia Southern Eagle?

“I have empathy and sympathy. I was not directly here so that is what I can provide,” he started. “It is not fair to me or anyone not directly involved to criticize the consolidation decision. What GSU is trying to achieve through the consolidation is a unified vision. Most major colleges have college-based graduations and a big ceremony and that is what we are doing in the Spring,” he continued. “Change and new traditions are hard. Now that I am here, I promise the students that we will look at the graduation formula and assess it in the summer. My guess is that some of the graduation will be really cool and some of it can be improved,” he concluded.

So, you have a strong relationship with the Arts, how do you plan on making arts programs become more integrated with student life?

“The arts are a lot like athletics. Three years at West Georgia, I missed three football games. Much like athletics, the arts bring the community together. Connection to community is key. Elevating the arts, especially here on the Armstrong campus, will be instrumental to bringing not only the students together, but the entire Savannah community.”

How much time do you plan on spending at the Armstrong campus on a regular basis?

“My goal is that I hope students think I have the superpower of transporting,” he began. “I want to feel like I am in two places at once. I want the students to know that I am present as much as humanly possible. My family and I are actually looking for a place in the Historic District of Savannah because I want to be here,” he continued. “I want to be back-and-forth as much as possible. I am going to be in Savannah as much as I am in Statesboro and Hinesville. An Eagle can fly 220 miles in one day without stopping and all three GSU campuses are about 220 miles away from each other in a full circle, fancy that,” he concluded.

Greek Life has hit a considerable detour since the consolidation. What is your standpoint on Greek Life being on both campuses?

“That is the first time someone has asked me about that problem. Greek Life is critically important,” he started. “It helps build friendships for life. The university’s biggest donors usually come from Greek Life. It is important that Greek Life has a positive impact on students and the families they are a part of. It is an interesting time for Greek Life because it has been at most of an attack it has ever been. We want to ensure Greek Life on both campuses is feeding positivity into the university,” he concluded.

Athletics were basically stripped away from the Armstrong Campus a few years ago, is there anyway athletics can play more of a part in student life here in Savannah?

“The baseball game at Grayson Stadium is an amazing example of how we can get athletics more involved in Savannah. Making that connection means having events in Savannah, streaming for games away from Savannah and locations to watch games,” he continued. “Intramurals can be a huge part of that on the Armstrong campus. I do not want to see the athletic fields and courts begin to fade away. They need to be used. We have an incredible opportunity to involve local schools with camps and get them on this campus at a young age. Competitive collegiate athletics can’t be duplicated but we can try to come as close as possible to it as we can,” he concluded.

Anything else you would like to add or say to the student body?

“I am excited to be here and be a part of the Eagle Nation and one Georgia Southern,” he started. “I want to know the stories and experiences of every student and see and feel the value of being a part of an amazing institution. I want to hear the heartbeat of the student and allow them to know its real. I need to be present for the students and be accessible. I don’t just want to sit in my office. I want the students to know that I am their president and that I am here for them,” he concluded.

President Marrero is already becoming a prominent and engaged member of Eagle Nation and has made his presence felt in such a short amount of time. The successes from his past endeavors are what qualifies him to lead this institution through this unification process, and his tenure as president will is likely to be long and fortuitous for the university.

🔥 HOT OFF THE PRESS 🔥 What’s the word? Find out today! Grab your copy at the nearest Inkwell booth now!
We remember Lakers legend, Kobe Bryant, in our upcoming issue. Be sure to grab a copy tomorrow. 💛💜
🔥 HOT OFF THE PRESS! 🔥 New Inkwell Issue out now! Get your copy at the nearest Inkwell booth today!
Part of a club? Have a club event coming up? Let us help spread the word! DM us today via our social media or email chief.inkwell@gmail.com to get your club featured in the Inkwell!