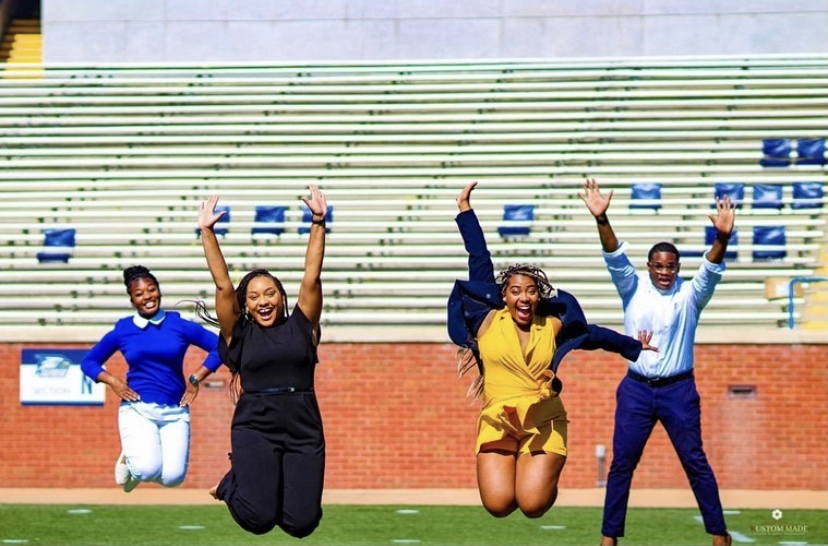 The results of the 2020-21 Student Government Association (SGA) election came out the evening of Oct. 28.

Amare McJolly, a sophomore in the music education program, won the only contested executive officer seat for Director of Auxiliary Services.

The positions of Director of Alumni Relations, the two Deputy Directors of Finance, Marketing Coordinator and two Chiefs of Staff will remain vacant.

Now that the election is over, the SGA hopes to fill these positions and the other vacant senate positions by appointment of the SGA committee that consists of the executive vice president, a director, two senators, and the SGA speaker for individuals who meet the requirements of each position.

All five senators from the College of Behavioral and Social Sciences, Justin Morris, Davis Green, Alex Hendricks, Bridgett Whitney and Niyah Wilson will serve as senators for that college.

All three senators from the College of Education, Lisa Wilson, Caitlin Nix and Korrina Bryan will serve as senators for that college. However, because all three senator positions are filled by Statesboro students, the SGA will need to create a fourth that will be filled by one senator from the Armstrong campus.

Rhea Patel and Deshae Deans will serve as senators for the College of Science and Mathematics. The SGA is looking for two more senators to represent that college but because they already have one senator from each campus, primary campus attribution does not affect the appointment criteria.

All three senators from the Jack. N. Averitt College of Graduate Studies, Jeanine Lombard, LaShunda Morris and Audrienna Varner will serve as senators. The SGA is still looking for two senators to represent that college and one of them must be an Armstrong student.

All five senators that applied to represent the Parker College of Business, Gracie Root, Anna Beck, Taylor Gray, Ariela Samour and Taquira Mathis, will represent the college as senators.

The Waters College of Health Professions gained four senators through the election: Amina Sarr, Alexis Belvin, LaNaya El-Amin, and Alaina Knapp. There are three remaining senator seats to be filled and one of them must be filled by an Armstrong student.

Liberty Campus filled both its senate seats in the election with Shanice Patterson and Mary Carmen.

Finally, Kennedy Finch and Beverly Leitelt will represent the university in the At-Large Senator positions. Two At-Large senator positions are still open, but because the SGA already has a senator from each campus for the At-Large positions, the remaining senators can be from any campus.

For more information on how students can get involved with SGA, please visit georgiasouthern.edu/sga.